The city of Mechelen needed to regroup her HR department and wanted to use existing buildings in the inner city, however with a small extension. The existing buildings were already a rebuild of parts of a medieval monastery, however with concrete slabs and an internal lay-out of open office floors, a typical 1950’s way of combining the exterior as a memory or restauration effort whilst the interior was seen as to be functional and contemporary.

We have continued this play with time, with old and new, and with the different views on conservation and new use. The renovation of the existing neo-buildings was executed adding yet another layer on top of the mid 20th century building, adding the early 21st century as a layer of thermal, visual and lay-out elements of today. The internal lay out was punched open to allow different flows of people.

The extension is situated on a part of the footprint of the former monastery foundations- archeologic surveys and a specific underpinning on slender columns were part of the design concept.

The end of the building is deliberately unfinished and open, indicating the underlying footprint without revealing it.

The façade of reclaimed bricks, is paraphrasing the medieval patchwork architecture  in façades and building volumes, creating a play of light and vision on the inside.

The interior spaces use yet another grammar of spacing, with double corridors and a grammar of serving and served spaces, creating fluidity and spaces of encounter.

The buildings is particularly liked by many, which we gratefully were pleased to learn. Maybe it is because we designed it as a place of service and hospitality, not of power and governance. 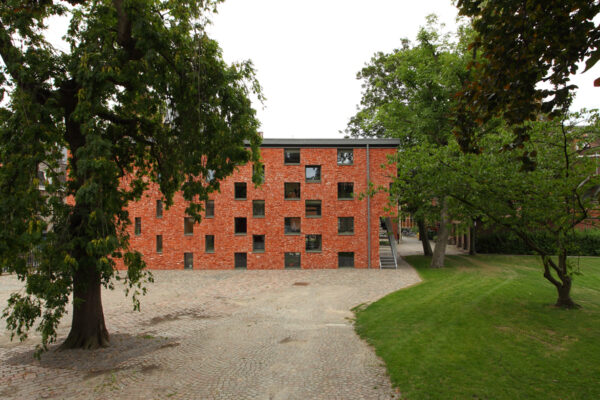 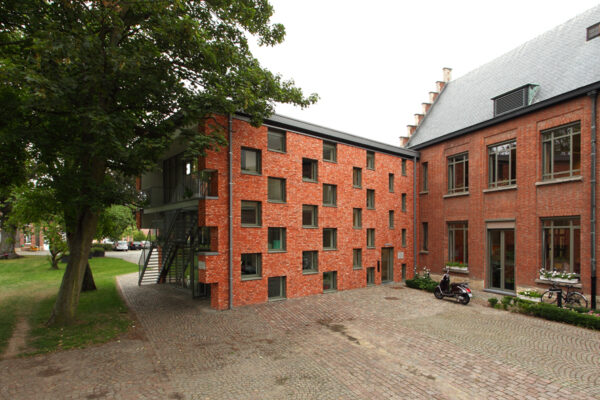 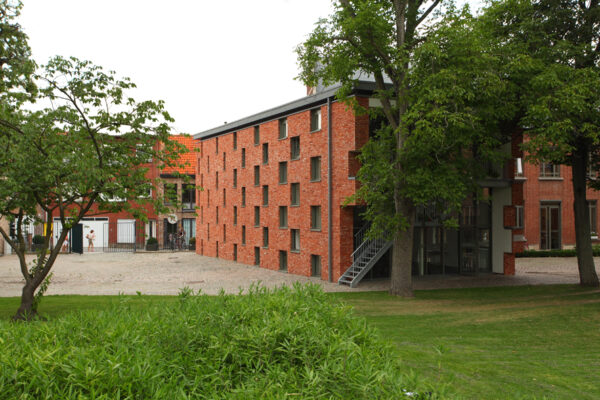 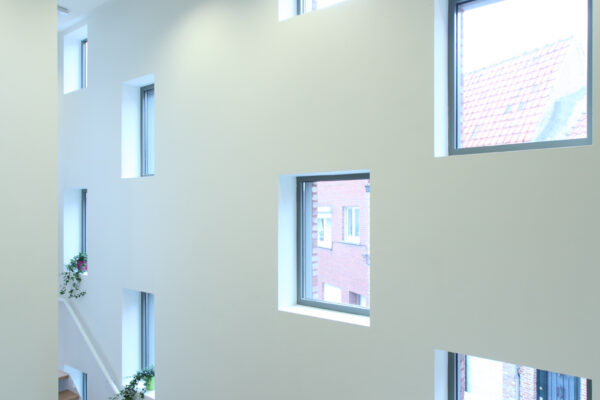 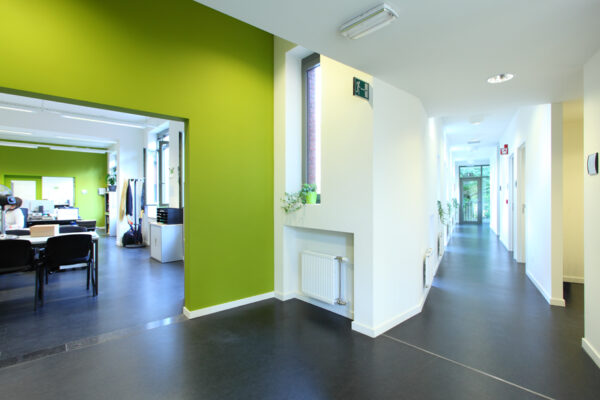 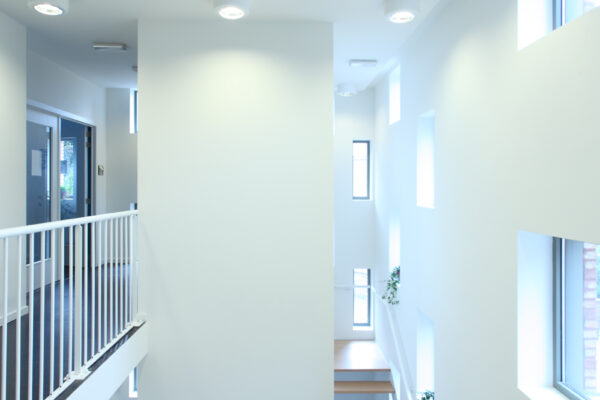 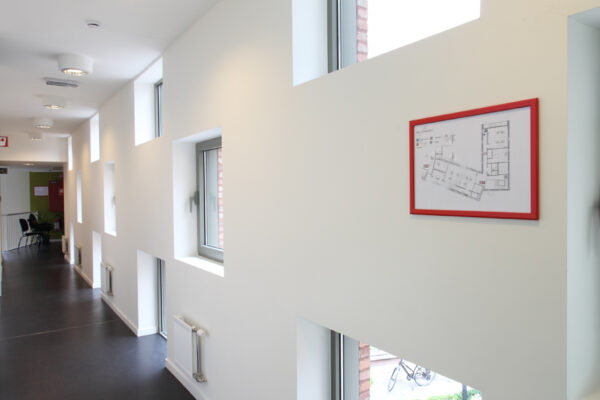 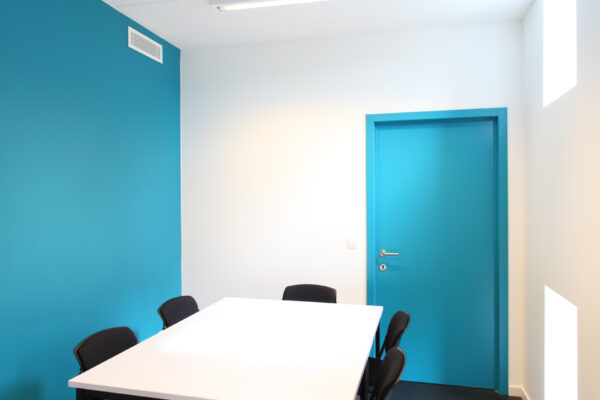 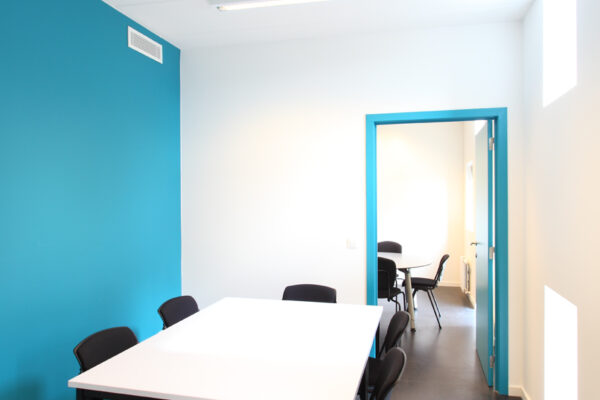 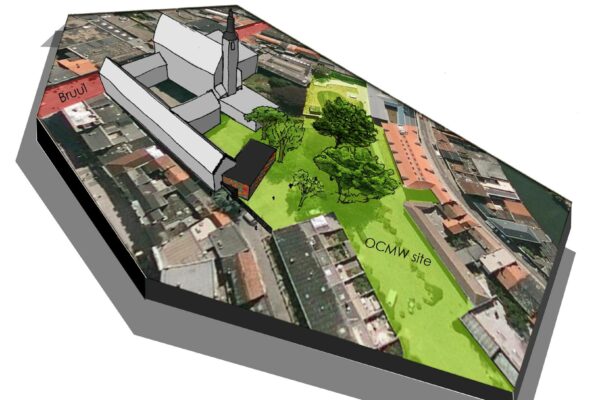 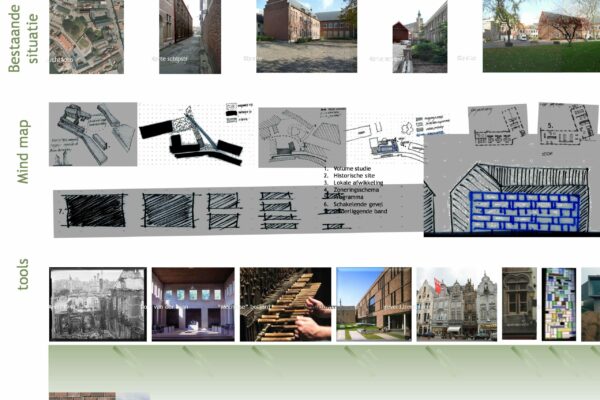 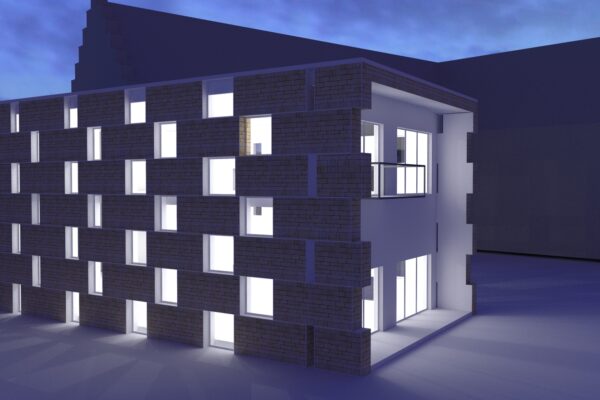 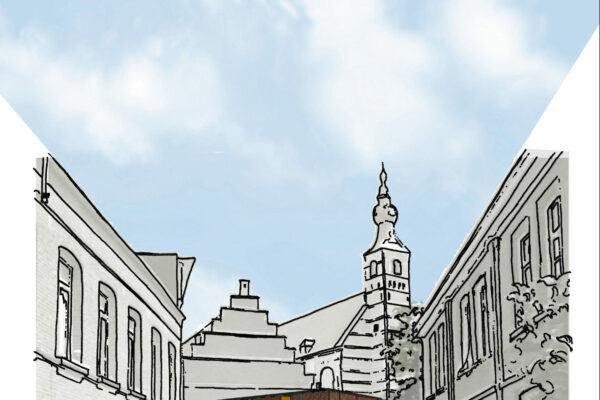 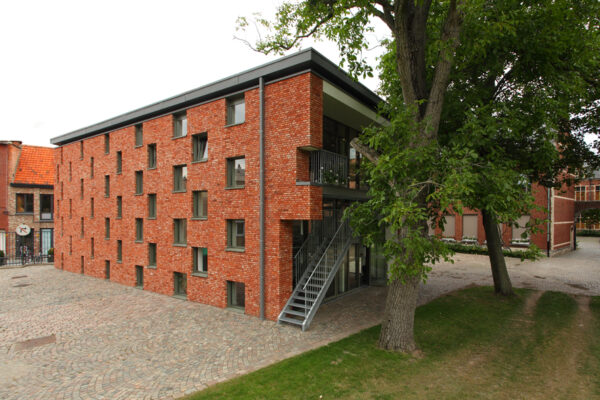 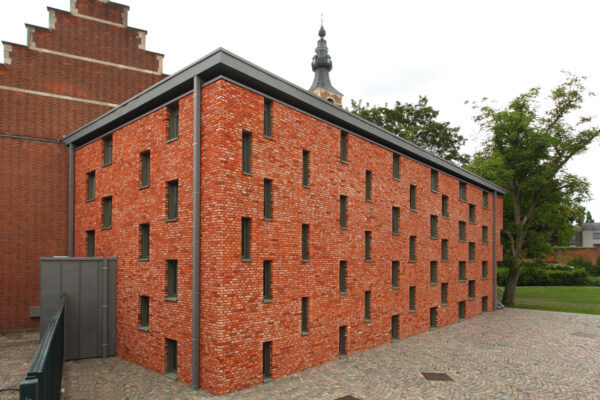 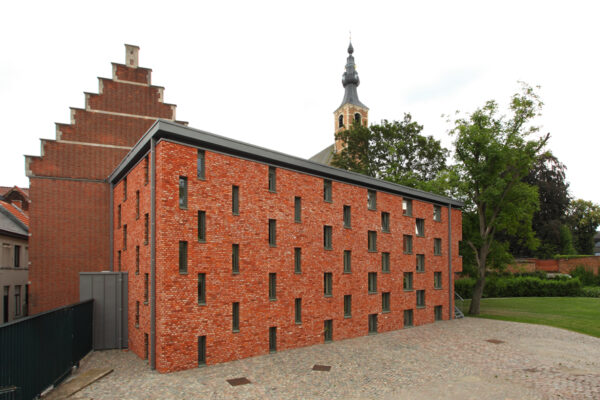